Lt. Governor Jon Husted, who serves as Director of the Governor’s Office of Workforce Transformation, announced that following the August round of TechCred, 288 Ohio companies have been approved for funding, which will help their current and incoming workforce earn the skills needed for the increasingly tech-infused economy.

“Before being elected, Governor DeWine and I promised to create a program to help Ohioans renew their skills and put them on track to a better career,” said Lt. Governor Jon Husted. “Today, I am excited that we reached our goal of funding over 10,000 upskilling opportunities. When these students complete their certificates, more than 10,000 Ohioans with better skills, earning power, and job security."

The most recent TechCred application period closed at the end of August. Today, 288 Ohio employers were approved for funding, resulting in Ohio employees earning up to 4,468 technology-focused credentials. The August round was record-setting, approving 1,227 more credentials than were approved in June 2020, which previously held the award record.

“The strength of Ohio’s economy hinges on a skilled workforce, and the continued growth of TechCred reinforces that idea,” said Ohio Department of Higher Education Chancellor Randy Gardner. “It is great to see so many Ohio employers and their workers taking advantage of this program, which will help ensure their success now and in the future.”

Employers can apply or learn more about the program at TechCred.Ohio.gov.

This year's theme is "Increasing Access and Opportunity" marking the 30th anniversary of ADA and the 75th anniversary of NDEAM. The office of Ohio Treasurer Robert Sprague would like to inform businesses and employees of the benefits of a STABLE account. 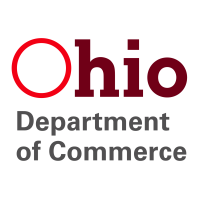 Ohio’s Minimum Wage to Increase in 2021

The Constitutional Amendment (II-34a) passed by Ohio voters in November 2006 states Ohio’s minimum wage shall increase on Jan. 1 of each year by the rate of inflation. The state minimum wage is tied to the Consumer Price Index (CPI-W) for urban wage earners and clerical workers for the 12-month period prior to September. This CPI-W index increased by 1.4 percent over the 12-month period from Sept. 1, 2019, to Aug. 31, 2020. The Constitutional Amendment is available online.

For employees at smaller companies with annual gross receipts of $250,000 or less per year after Jan. 1, 2021, and for 14 and 15 year olds, the state minimum wage is $7.25 per hour. For these employees, the state wage is tied to the federal minimum wage of $7.25 per hour, which requires an act of Congress and the President’s signature to change.

Employers can access the 2021 Minimum Wage poster for display in their places of business by visiting the Ohio Department of Commerce’s website here.

The Ohio BWC Division of Safety & Hygiene puts out monthly safety updates to keep your business informed. You can view each month's edition online. 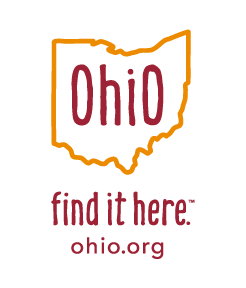 Ohio.org supports our state’s tourism industry to drive economic prosperity throughout Ohio. We feel that this website would offer a place for many of our Investors to advertise their business and/or events. The website is not only used by tourists, but also by locals and is open to big and small businesses, restaurants, artists, retailers, events and more. The best thing about this website is that it is FREE! We encourage you to take some time to see if you think your business would benefit from this free online advertising opportunity.

If your business is selected to be published on the website, please let us know so that we can share that information with our other Investors.

As of today, well over 99.9% of housing units have been accounted for in the 2020 Census. Self-response and field data collection operations for the 2020 Census will conclude on October 15, 2020.

Nonresponse Followup census takers will continue resolving nonresponding addresses through the end of the day on October 15, 2020.